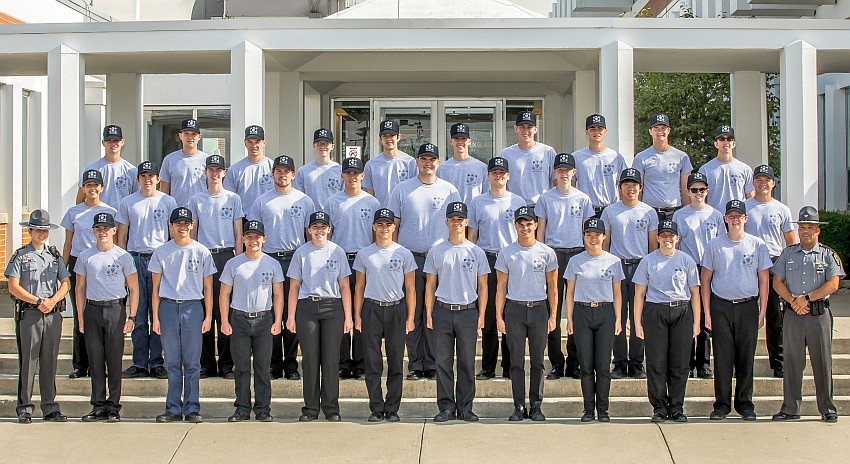 At "Junior Cadet Week", the 15 Boys State Representatives, join with 15 representatives from Buckeye Girls State who were similarly chosen along with family members, chosen on the recommendation of Ohio State Highway Patrol personnel or American Legion members.

During the week Ohio State Patrol Troopers will provide classroom and hands-on training in topics such as firearms safety, crash investigation, traffic stops, leadership, defensive tactics, and criminal law. Junior Cadets will also get to experience demonstrations from the Highway Patrol's special operations sections such as Aviation, SRT, and Criminal Patrol.

Interested applicants must be highly motivated male and female students entering their senior year of high school. On-line and homeschool students are also encouraged to apply. They must have also have a recommendation from an Ohio State Patrol employee or an American Legion member. The program is limited to the first 50 participants.